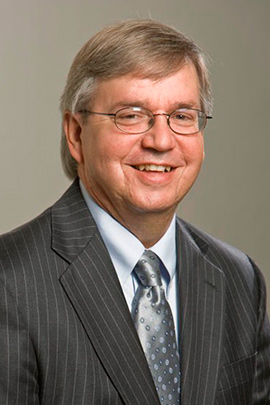 The Washtenaw Community College Board of Trustees unanimously approved the nomination of William Johnson as the college’s new Vice President and Chief Financial Officer at its June 25 meeting. As a member of President Rose B. Bellanca’s executive leadership team, he will oversee the fiscal responsibilities of the college, which include financial planning, budgeting, and accounting.

Johnson brings more than 30 years of senior management experience to his new position at WCC. He has held positions as Vice President for Finance and Administration at Marygrove College, and Vice President for Business and Finance at the University of Detroit Mercy. Prior to that, he was director and controller for Detroit Edison, Michigan Consolidated Gas Company, and Energy Gas. He also served as CFO for FOCUS HOPE and as senior vice president of Financial Administration for the ANR Pipeline Company.

"We conducted an exhaustive search to find the right person who will serve the college and the community well," said Bellanca. "I feel that person is William Johnson and I look forward to working with him."

A resident of Troy, Johnson received his BA in Accounting from Michigan State University and his MSF in Corporate Finance from Walsh College. His WCC appointment is effective July 22, 2013.